To help us make more episodes of “Cops and Monsters” we’re offering some merchandise out-with our crowdfunding campaigns. 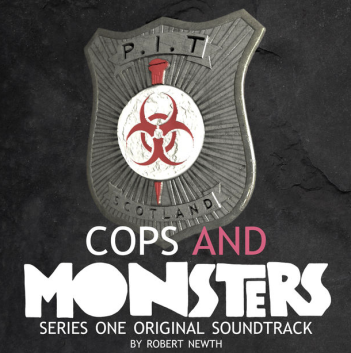 18 tracks from the first series of Cops and Monsters, composed by Scottish artist Robert Newth. You can buy the soundtrack from iTunes and Amazon.

A limited edition run of 100 featuring The Cult of Many Faces (Billy Kirkwood) and his werewolf assassin, Alexis, aka Lycan A202. 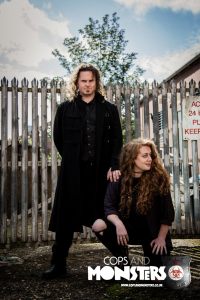 You can own a specially commissioned poster by Stuart Manning, who created stunning posters for series 8 and 9 of “Doctor Who”. We’re offering a limited run of 100 posters to help us make more episodes of our show. We will ship these posters anywhere in the world and if you’d like a signed copy please let us know in the comments box.

We commissioned artist Michael Philp to create this title page for our as-yet-fictional comic book, which you can now own a laminated A4 copy of your very own. All profits go towards helping us fund new episodes. 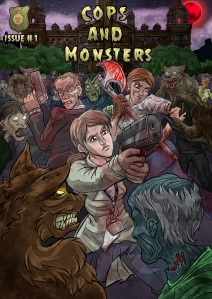