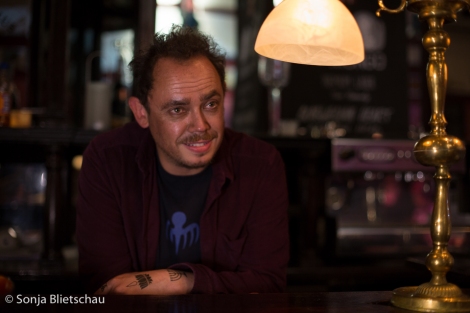 Cops and Monsters episode 6 is funded! Thank you so much to everybody who has pledged to our campaign and shared the link!

We’ve still got until the 1st of September to raise funds, so we’ve added some stretch goals that will help us avoid being affected by the Kickstarter fees (they take 5-9% of our total raised!), to produce a Halloween and Christmas mini-sode and if we get REALLY lucky, hopefully fund our final episode of Volume 1.

To grab a perk and help our series, click here.

“Fight the Bite” is written by acclaimed writer Laura Anderson, will pick up directly after part 5, “Revolution in a Teacup” and will see Maya Hedges continue her personal mission of tracking down a missing PITS agent, bringing her face to face with Lycan A202 in a deadly confrontation. Meanwhile Commander Norris Fletcher is feeling the pressure when Alicia Hughes, a vampire who deals with press relations, is called in to calm the public after a high profile vampire leader is murdered. With these distractions, The Cult of Many Faces ramps his campaign of terror to tear the PITS apart once for all…

Guest stars are still to be announced!

Watch all of our current episodes so far below: